Thank you, thank you!

I just want to say a big thank you to Katy for tweeting and blogging about my new blog.  I also want to say another big thank you to all of you that took the time to post such lovely comments.  I am very touched.  I know that some of you asked me questions and I will endeavour to reply to you as soon as possible.

As Katy so rightly says, I am very new to this technology stuff so you will have to be patient with me if I post photos upside down, forget to add links and generally make the odd booboo!!  You may find it hard to believe but I didn't have a proper mobile phone till last weekend - hands up you in the back row having a good laugh!!!  I had an old pay as you go phone that still had the original £20 credit on it when it finally died! (5 years after purchase!)  I'm the sort of girl that if she wants a chat, makes a cup of tea then sits down in an armchair to have a good chinwag on the house phone.  I now have a brand spanking new Samsung Galaxy Note to play with so there is plenty of potential for mishaps.  Scary!!

Enough of that.  I just thought I would post some pictures of a quilt I made over 2 years ago.  The story behind it goes like this.......

My Dad died 3 years ago this November and for the final month of his life he was cared for in a wonderful Hospice in West Worthing, Sussex called St Barnabas Hospice.  He had Alzheimer's and cancer and that last month in the hospice was a real blessing.  It allowed my mum, who had been his carer for over 7 years, to just spend time with him, talking and sitting with him without having to worry about all the physical aspects of careing for a very confused sick man.  Likewise my sister and I were able to visit freely and spend time with him, even though, at times, he didn't know who we were!!

When he died, I wanted to make a quilt in his memory and then give it to the hospice to use for fundraising.  This is the quilt I made. 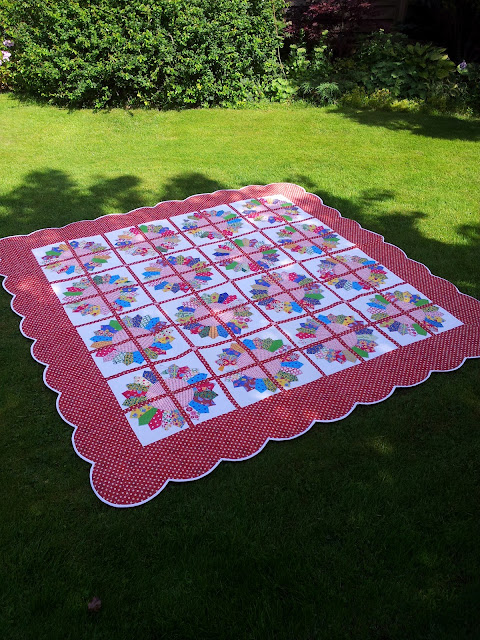 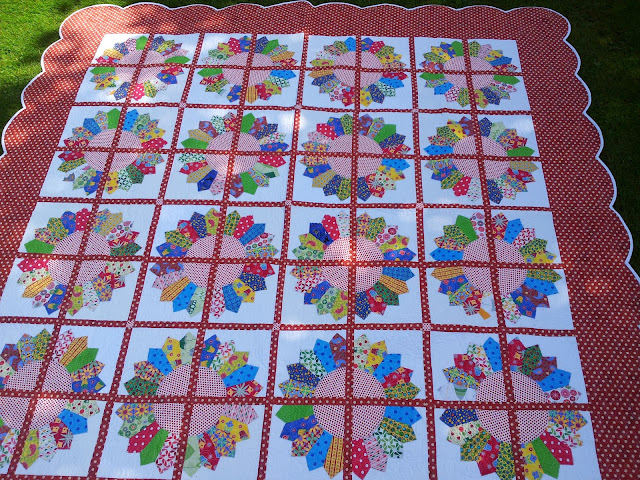 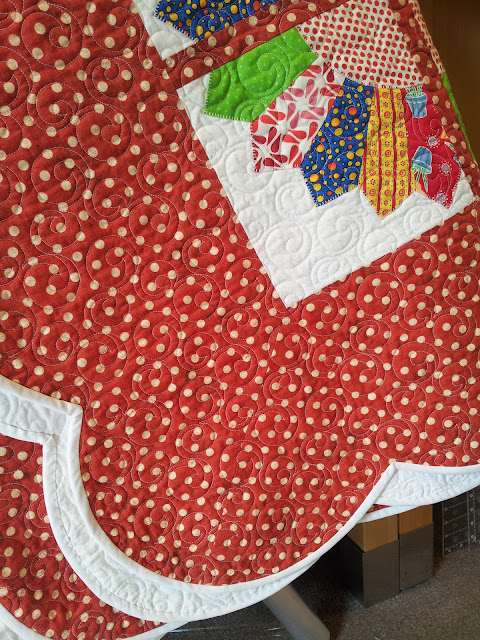 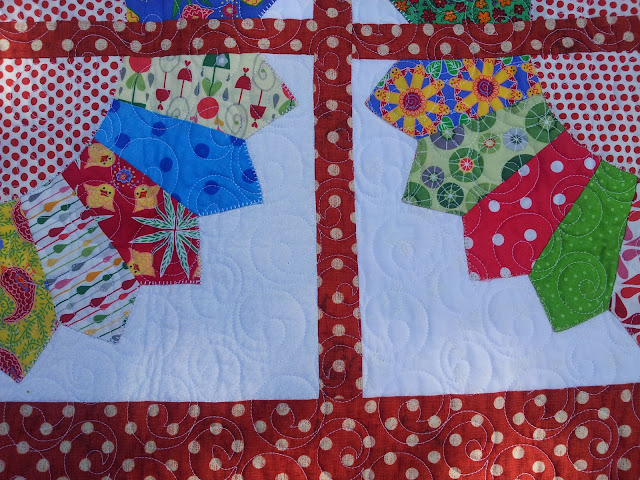 It is a Dresden plate quilt made of all the brightest, most cheerful scraps I could find in my scrapbag.  I quilted it with an allover pattern called 'bubbles'.  I presented it to the hospice and hoped they could use it to make a good sum of money to use for their good work.  18 months later, I got a phone call to say that they had no idea of its intrinsic worth and didn't know how to use it to raise funds.  Long story short, I said  would take it back and use it to raise funds for them myself and then just send them the cheque.  I had almost forgotten what it looked like but when I collected it, I fell in love with it all over again.  Therefore, I just thought I would share some photo's of it with you.  I am still trying to figure how I can raise funds with it but when I do, I will give you an update on what I managed to make for the hospice.  Our hospices here in the UK are totally free (you may have them in the USA too?) and they do a marvelous job careing for the terminally ill and they rely heavily on fundraising to keep going.  Making a quilt to raise funds was certainly less painful than running a marathon to do likewise!!!

This was not meant to be a sad post.  I just did it because I have been moved reading many blogs which have shown how quilters have responded to family crisis, environmental disasters, war hero's, sick and needy children and babies etc.  by making a quilt from the heart and using it for good.  After all, a quilt is a big fat fabric hug!!

Chris
Posted by Longarm Chris at 17:39